Think for yourself,
care about others

Does does ecstasy use do to your memory?

“Um, what were we just talking about?” “How long ago did I redose?” “The party last week was really great! But I don’t remember details of the evening.”

If you have ever used ecstasy, these sentences may be recognizable. But how come you forget things when you’ve used ecstasy? In other words, what does ecstasy use do to your memory?

What about the brain?

The psychoactive substance in ecstasy is MDMA (3,4-methylenedioxymethamphetamine). MDMA affects a number of neurotransmitters, or “messenger substances”, between brain cells. It ensures more and longer activity of serotonin between brain cells. In addition, dopamine and noradrenaline are affected by MDMA. (Click here for detailed information on how drugs affect the transmission of signals in the brain). The change in the available amount of these substances ensures the pleasant effect of MDMA.

Serotonine is important for your memory. This is because one of the most important parts of the brain for memory, the hippocampus, is sensitive to this neurotransmitter. 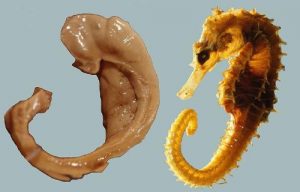 Short-term memory stores information that we receive through our senses (seeing, hearing, feeling, tasting and smelling) for a short time. This happens in the hippocampus. An example of using short-term memory is remembering a phone number that someone has just told you.

Let’s take reading as an example: to understand what you are reading, you have to remember where you are in the sentence, be able to retrieve the meaning of a word from memory and link it to what you have read before.

What are the short-term effects of MDMA on memory?

MDMA appears to be harmful to the brain cells that are sensitive to serotonin1. As mentioned before, the hippocampus is an area that is sensitive to serotonin. In a study2 on the acute effects of MDMA, the memory of 61 recreational users (33 women and 28 men) was examined while receiving 100 mg of MDMA. The first test moment was during the peak moment; after 3 hours. The second test moment was after 24 hours. The results were compared with people who were given a placebo (a pill without MDMA). In this study, the working memory appeared to work worse during the peak moment. Also, the reaction rate was greatly reduced. However, during the second test moment after 24 hours, the differences between the groups were negligible2.

If someone is under the influence, MDMA does have a bad effect on your (working) memory. The example of: “Uh, what were we just talking about?” thus seems to be substantiated by science.

What are the long-term effects of MDMA on memory?

But what does science say about the long-term effect? Many studies have been done on the long-term effects of MDMA on the brain. A meta-analysis is a study in which the results of many studies are taken together to make a more precise statement. In two meta-analyses, long-term memory impairments were demonstrated in MDMA users3,4. Another meta-analysis5 also found impairments in working memory (short-term memory) in recreational MDMA users.
In all these studies, it was found that the part of long-term memory that focuses on language was most affected.

Meta-analyses are very complicated because the ecstasy users in these studies often also use other recreational drugs. It is then difficult to determine whether MDMA is really the cause of the memory deficits. Compared to non-users, for example, ecstasy users use on average more cannabis, other stimulants (eg cocaine and speed) and medicines that can cause defects in the absorption and processing of knowledge and information.

A recent study6 took this into account and only included people who had used only MDMA in their lives. In this study, they call them “pure” MDMA users. The ability to absorb and process knowledge (cognitive ability) of 26 ‘pure’ MDMA users was compared with non-users. Here too, it emerged that the long-term memory of the ‘pure’ MDMA users differed greatly from the non-users. This corresponds to the meta-analyses.

The example “Last week’s party was really great! But I can’t remember the details of the evening.” So it seems to be substantiated by science.

This study also showed that the combined use of MDMA with other stimulants has a greatly increased risk of cognitive impairment compared to ‘pure’ MDMA use. ‘Pure’ MDMA users did better on working memory tasks and executive function tasks than non-pure MDMA (MDMA + other stimulants) users. From this it can be concluded that other cognitive disorders such as problems in planning/impulse control/attention may be caused by combination use.

In addition, the brain does not cope well with overheating. When the brain overheats, it causes cell death and thus brain damage. Also in the areas that are important for memory! MDMA disrupts your body temperature. Your body gets a little warmer. When you use MDMA in a warm environment (such as a club or in the sun at a festival) your body temperature rises even further. If you also dance hard for a long time, overheating can occur.
You speak of overheating when the body temperature rises above 40°C. Overheating as a result of the use of ecstasy is one of the most commonly described acute effects of ecstasy7 in the literature. Headaches, muscle aches, dizziness, anxiety and confusion are early symptoms of overheating7. The later effects of overheating due to ecstasy are similar to the symptoms of severe heat stroke. The most notable are: headache, confusion, dizziness, palpitations, acute liver and kidney failure, and muscle breakdown.

Unity tip: so cool off every now and then and rest in the chill area!

MDMA use affects your memory. In the short term, working memory seems to work worse. Also, the reaction rate is greatly reduced. That is why driving under the influence is not a good idea.

Combining MDMA with other substances significantly increases the risk of impairments in the ability to absorb and process knowledge, compared to ‘pure’ MDMA use. In addition, overheating is an additional risk of brain damage.

Other information about possible risks of ecstasy use can be found here.

For more tips to limit the risks of ecstasy use, check out the Unity tips on our page about ecstasy.

With the help of: Raoul Koning en Sarsani Schenk